Hemingway described bullfighting as “art”, albeit the only kind in which the “artist is in danger of death”, but Spain’s top court has struck down the attempt by a matador to copyright his creation.

The decision ends a seven-year battle by matador Miguel Ángel Perera to have his performance in the bullring of Badajoz on June 22, 2014 listed as a work protected by copyright, sparking a legal case that examined whether bullfighting can be compared to other art forms where plagiarism is forbidden.

In his argument before courts in Extremadura and the Spanish Supreme Court, Perera’s counsel explained that the bullfighter’s performance when faced with a 539-kilogram bull called Curioso that day had been “an original artistic creation”.

“Any bullfighter can use the abilities, the movements, the passes and the bullfighting technique within reach of all matadors,” Mr Perera’s lawyer acknowledged.

“But the manner in which he does so, the selection, order, positioning, bodily expression, rhythm and cadence, gestures, cries, the terrain, distancing and the costumes and so on that each swordsman chooses to create according to his personality and inspiration is what gives originality to the work,” the matador’s argument ran.

Mr Perera was awarded two ears cut from the dead Curioso for his performance, described as one of “perfect control” by the critic from Aplausos, a bullfighting newspaper.

The crowd shook white handkerchiefs vigorously in a signal that they wished Mr Perera to be awarded the bull’s tail, a rare trophy, but the bullfight president that day declined.

If Mr Perera had won the case, he would have effectively owned the rights to the sequence, which would have meant he could receive royalties for its reproduction in any visual format.

Perera and bull at the Coso de Cuatro Caminos in 2019

Another possible consequence, as the judge from the lower court in Badajoz noted, may have been that no other bullfighter could legally produce a performance that followed the same steps. This would in effect be like copyrighting a goal by footballer Leo Messi, meaning another player in another match should not attempt to pull off a similar feat, even if he were able.

Spain’s most recent Tauromachy Law, from 2013, describes bullfighting as an “art form”, but the Supreme Court panel of judges ruled that it was impossible to confer the status of an original act of creativity on any given performance by a matador.

In its ruling, made public on Thursday, the court said that a copyrighted work of art must be expressed in such a way that it can be identified with precision and objectivity, even if it is not a permanent artistic object, such as with a choreography or other performance art form.

However, “this does not happen in the work of a bullfighter, in which beyond the specific passes, actions and movements, with respect to which exclusive rights cannot be claimed, it is very difficult to objectively identify where the original artistic creation lies in order to recognize the exclusive rights of a work of intellectual property”, the ruling said.

The judges also made the point that the “unpredictability” of the bull meant that any bullfighter’s performance had to be spontaneous and conditioned by the expediency of the moment.

Others legal experts disagree, however, arguing that other art forms rely on improvisation but can still be granted copyright protection as original expressions.

"Even though jazz improvisation is not predetermined, it is protected by law. The sequence of the movement, if it is original, is what conditions the work. Whoever executes it generates rights," said Andy Ramos, a specialist lawyer in the entertainment field, said to the newspaper El Mundo. 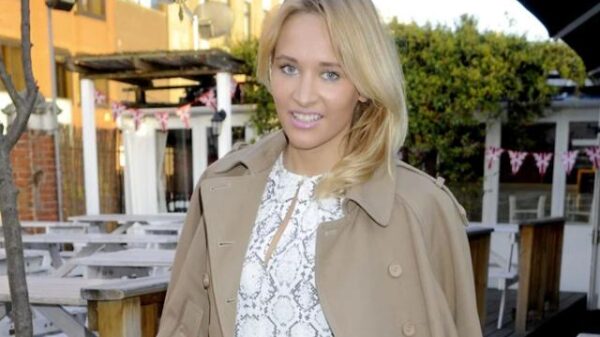